Now in her third term in Parliament as MP for Taranaki-King Country, Barbara is National’s spokesperson for Agriculture, Biosecurity and Food Safety.

She splits her time between her electorate, Wellington and other parts of the country, as the demands of her responsibilities require.

With her lengthy career in dairy farming, and agribusiness, Barbara is a former board member of DairyNZ, Primary ITO, Taratahi, Dairy Women’s Network and NZ Young Farmers. She was 2012’s Dairy Woman of the Year and made a Fellow of the NZ Institute of Directors in 2014. Barbara has a Strategic Leadership MBA and is a past scholarship recipient of the Food & Agribusiness Market Experience (FAME). She is a judge of the Rural Games Trust awards.

Barbara is a strategic thinker, who enjoys a challenge, and is well regarded in the agricultural and agribusiness communities — a perfect fit as National’s Rural Communities spokesperson.

Having lived most of her life in Taranaki, she understands the contribution of NZ’s leading resources region. And, as she travels one of the largest electorates in the country and beyond, knows only too well the necessity for well-developed and maintained transport routes. Routes, rural communities and urban centres need, to conduct business efficiently and effectively across the nation.

Married to Louis, she is mum to three children — two sons and a daughter — and grandmother to six.

I’ve always wanted to be able to give more back to the communities I’ve moved in and those beyond. Being an MP allows me to do that in so many rewarding ways. 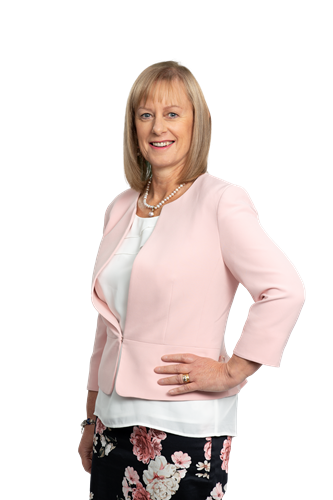